The information about the Keynote Speakers of ICEEIE2019 is as follows, which will be updated regularly. 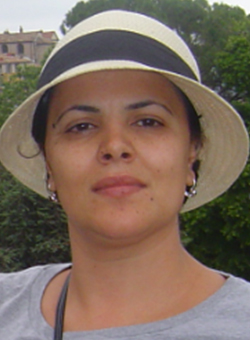 Biography: Dr. Sameh Najeh has received her Bachelor Degree in Mathematics in 1999, from the University of Sciences of Tunis, Tunisia, and Master and Ph.D. Degrees in Telecommunications from the National Engineering School of Tunis (ENIT), Tunisia, in 2002 and 2008, respectively. Her research interests lie in signal processing and Digital communication. Currently, she is focusing on Radio Resource Mangement in 5G using game theory. She is currently an Assistant Professor at SUP'COM of Tunis, Tunisia.

Abstract: There is a wide consensus about the requirements that 5G systems should meet in the near future, where applications coming from diverse use cases and verticals will require to considerably enhance the available bandwidth, the latency reduction improving the Quality of Experience (QoE). The resource allocation and interference issues of device-to-device communications (D2D) is an intersting challenge. Interference management schemes in D2D communication is an intersting topic to enhance the mentioned Radio Resource Management (RRM) approaches. Heterogeneous networks (HetNet) are also a promising solution to improve network performance in terms of spectrum and energy efficiency. In fact, the implementation of femtocell access points with the existing macrocell base stations networks is a good solution not only to ameliorate indoor coverage but also to enhance the capacity of cellular mobile networks. Consequently, the deployment of the femtocell technology will be very useful for both users and mobile network operators because femtocell networks provide better quality of wireless services and data transmission. First, we present different schemes of (RRM) including mode selection, power control, and resource allocation by using GT tools in D2D communication. Second, The overall problem relative to a Heterogeneous networks (HetNet) is formulated as a non-cooperative game where users act selfishly to maximize their utilities while taking into account the interference caused by both the macrocell and the femtocell. We will prove also that there exists a pure strategy Nash equilibria under feasible utility functions. Finally, the operational effectiveness of this approach is evaluated through modeling, simulation and presentation of distinct scenarios that can be happened in the proposed game. 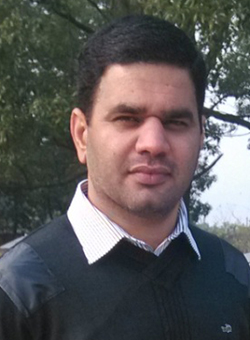 Biography: Dr. Tahir Mehmood is a Visiting Professor at the State Key Laboratory of Refractories and Metallurgy, Hubei Province Key Laboratory of Systems Science in Metallurgical Process, International Research Institute for Steel Technology, Wuhan University of Science and Technology, Wuhan, P. R. China. Prior to his current status, He was invited by chinese scholerships council (CSC) for PhD in materials Science at Huazhong Normal University, Wuhan. His research specialized in Synthesis, Characterizations and functional Properties of Transition Metal and alloy nanostructures and explores the different facile methods to prepare optical and magnetic nanostructures of transition metal oxides, ferrites and binary alloys with controlled size, shape, composition and investigation of structural, optical and magnetic properties by considering the nanoscale effect. He has published more than 30 papers in reputed peer-reviewd journals, and has been participated in several international events on nanoscience and nanotechnology (e.g, World Congress on Chemistry and Chemical Engineering (WCCCE2016) held at Jinan, China during Oct. 23-24, 2016 and International Conference on Applied Mechanics, Mechanical and Materials Engineering (AMMME2016) which is to be held on December 18-19, 2016, Xiamen, China), 4rd International Conference on Chemistry and Biochemical Engineering (CHEMBIO2019) in Xian, China during May 29-31, 2019. He has completed several independent research project in past. Earlier, He has completed his master degree from Hazara University, Pakistan.

Abstract: The capability of Fe nanowires to generate future technologies and numerous applications in engineering and science cause the researchers to explore and characterize nanowires which includes the chemical characterization, mechanical characterization, physical characterization and so on. Innovative experimental processes and methods to characterize Fe nanowires are always industrialized to find out the best accurate and most blunt ways to extract the outcomes. The content of Fe inside nanowires increases with increasing potential, decreasing deposition temperature and increasing concentration of Fe ions. This can be verified by the polarization curves of depositing Fe Fe, Ni, Ag and Co nanowires. Thermal agitation at low temperature is marginal for activating the surface diffusion and the growth is difficult. Using the electrons tunneling theory, we have argued that the current density of the metals depends on the workfunction and width of double layer. The current density increases with decreasing the length of double layer. The numerical measurement of mechanical properties of iron (Fe) with respect to ultimate tensile strength. Tensile tests of individual metallic Fe nanowires having diameters between 50 and 100 nm were considered. Scanning electron microscope (SEM) is the main equipment which was used in our experiments. Ultimate tensile strength improved as the diameter of Fe nanowires decreased. Our initial investigation on a 100 nm diameter Fe nanowire revealed that the sample cracked at a tensile stress of 13.1 GPa The maximum tensile strength in our tests for Fe nanowire was found to be 16 GPa, which is about 50 times of the bulk value of iron. This greater strength of Fe nanowires can be attributed to smaller diameter of nanowires. 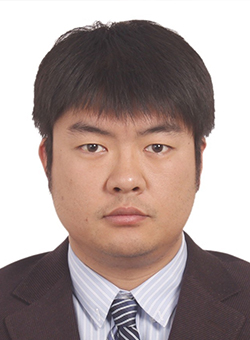 Biography: Dr. Nan Li has a B.Eng. in Measurement and Control Technology and Instrumentation from Xidian University (CHN) in 2004, a MSc in Sensors and Electronic Instrumentation from the University of Manchester (UK) in 2008 and a PhD in Circuit & System from Xidian University (CHN) in 2010. In July 2010 he joined the Non-destructive Testing & Evaluation Institute as an Associate Professor in Beijing University of Technology, from where he moved to the School of Automation at Northwestern Polytechnical University in July 2016 as an Associate Professor. His interests are non-destructive testing and evaluation, sensor optimization design, electrical capacitance tomography, control theory and engineering, etc. As the person in charge, he undertook 3 NFSC (National Natural Science Foundation of China) projects, and participate over 3 Key projects of NFSC since 2012, He published more than 40 academic papers and authorized 10 patents in China. He received two ‘Hebei Province Science and Technology Achievement Award’ as second and third author. He is IEEE member, ISIPT member, and Member of China Instrument and Meer Association.