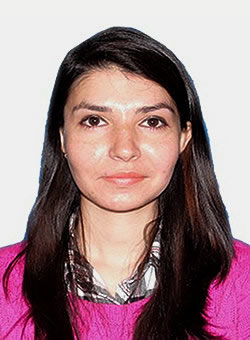 Biography: Dr. Aiman Mukhtar has completed her PhD at the age of 30 years from Huazhong Normal University, wuhan. Her reseach work based on metal nanowires, Like synthesize and charaterize the transition metal oxide based nanomaterials include: novel nanostructures (1-D(nanotubes, nanowires), 2-D(Nano sheets) 3-D(Nano flowers) and porous nanostructures by Electrochemical deposition technique. Transition metals constitute one of the most interesting classes of solids. In this respect silver, copper and cobalt nickel and iron and their alloys are a vast but conventionally less wide studied metals and show wide range of electric, opto-electronic, magnetic and mechanical properties. The dramatic changes in their physical properties as a function of pressure, temperature and stoichiometry shows the great promise of nano-sized transition metals on wide range of important technological applications. Her PhD research project was mainly focused on the synthesis, structural characterizations and magnetic properties of Transition metal(TM)-based nanostructures. She is a post-doctoral researcher at wuhan university of science and technology, wuhan. She has published more than 10 papers in reputed journals such as Journal of crystal growth, Materials letters, International journal of electrochemical science, International journal of materials research etc, and has been participated in several international events on nanoscience and nanotechnology. She has completed several independent research project in past.

Abstract: To fabricate fcc-cobalt nanowires in electrodeposition, we have studied the effect of deposition potential on the formation of fcc Co nanowires by XRD, SEM and TEM. The Co nanowires deposited at low potential are pure hcp phase. The fraction of fcc Co crystals increases with increasing the potential value. At high potential, nanowires are pure fcc Co. The formation of fcc Co crystals can be attributed to smaller critical clusters formed at higher potential since the smaller critical clusters favor forming fcc nuclei. The pH value has no appreciable effect on the formation of fcc Co nanowires. This is because the H adatoms produced at cathodic surface can penetrate quickly through the thin Au film and desorb into air. The structure of Co nanowires deposited at the same potential depends on Co2+ concentration in solution. When depositing at -1.6V, the formed Co nanowire are hcp phase in 0.356M solution, a mixture of hcp and fcc phases in 0.53M solution, almost fcc phase in 0.71M solution and pure fcc phase in1.06M solution. The transient curves show that the imax increases with increasing concentration of Co2+ ions while the tm decreases with increasing concentration. 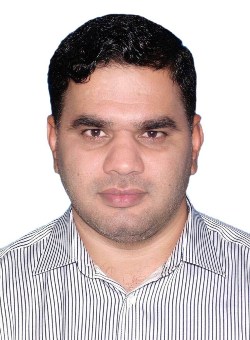 Biography: Dr. Tahir Mehmood is a post-doctoral researcher at the State Key Laboratory of Refractories and Metallurgy, Hubei Province Key Laboratory of Systems Science in Metallurgical Process, International Research Institute for Steel Technology, Wuhan University of Science and Technology, Wuhan, P. R. China. Prior to his current status, He was invited by chinese scholerships council (CSC) for PhD in materials Science at Huazhong Normal University, Wuhan. His research specialized in Synthesis, Characterizations and functional Properties of Transition Metal and alloy nanostructures and explores the different facile methods to prepare optical and magnetic nanostructures of transition metal oxides, ferrites and binary alloys with controlled size, shape, composition and investigation of structural, optical and magnetic properties by considering the nanoscale effect. He has published more than 20 papers in reputed peer-reviewd journals, and has been participated in several international events on nanoscience and nanotechnology (e.g, World Congress on Chemistry and Chemical Engineering (WCCCE2016) held at Jinan, China during Oct. 23-24, 2016 http://www.wccce.org/2016/keynotespeakers2, and International Conference on Applied Mechanics, Mechanical and Materials Engineering (AMMME2016) http://www.ammme2016.org/keynote.htm, which is to be held on December 18-19, 2016, Xiamen, China). He has completed several independent research project in past. Earlier, He has completed his master degree from Hazara University, Pakistan and awarded Gold medal in Msc Physics.

Abstract: To understand the growth mechanism of electrodeposited Fe, Ni, Ag and Co, we have studied the metal nanowire growth by SEM and Potentiostat by X-ray diffraction (XRD), transmission electron microscope (TEM) and scanning electron microscope (SEM). In an electrolyte the mass transfer of ions takes place by three principal mechanisms: a) Diffusion, b) Migration, and c) Convection. The formation of fcc crystals can be attributed to smaller critical clusters formed at a higher potential, lower deposition temperature and higher concentration of metal ions during electrochemical deposition process. The content of Fe inside nanowires increases with increasing potential, decreasing deposition temperature and increasing concentration of Fe ions. This can be verified by the polarization curves of depositing Fe Fe, Ni, Ag and Co nanowires. Thermal agitation at low temperature is marginal for activating the surface diffusion and the growth is difficult. Using the electrons tunneling theory, we have argued that the current density of the metals depends on the workfunction and width of double layer. The current density increases with decreasing the length of double layer. 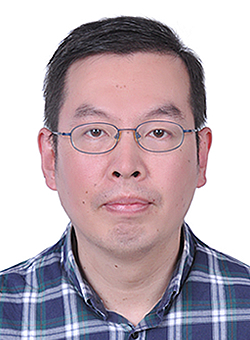 Biography: Jianhua ZHANG received his PhD degree in Electrical Engineering from Ruhr-Universitat Bochum, Germany in 2005. Between 2005 and 2006 he was a Postdoctoral Research Associate at University of Sheffield, UK. He has been a Full Professor at Department of Automation, East China University of Science and Technology since 2007. He was a Guest Professor at Technische Universitat Berlin, Germany in 2008, 2011, 2012, 2014 and 2015.
Dr Zhang’s research interests are in computational intelligence, machine learning, intelligent data modeling and analysis, pattern recognition, biomedical signal processing, modeling and control of biological systems, human-machine systems, brain-machine interaction, neuroengineering, and neuroergonomics. He has published one research monograph, three translated books, and over 110 peer-reviewed journal and conference papers.
Dr Zhang is the Elected Chair of Technical Committee (TC 4.5) on Human-Machine Systems, International Federation of Automatic Control (IFAC), a Member of IFAC TC on Large-Scale Complex Systems, Biological and Medical Systems, and on Transportation Systems, and a Member of TC on Human-Machine Hybrid and Parallel Intelligence, Chinese Association of Automation. He currently serves as Associate Editor for international journal Frontiers in Neuroscience (IF=3.398). He served as IPC Co-Chair for the IFAC LSS2013, Technical Associate Editor for the 19th and 20th IFAC World Congress, and IPC Co-Chair for the IFAC HMS2016. He was invited as a Keynote Speaker for some international conferences (e.g., EEA2016, AIST2016, EEEIS2016, ICEEIE2016, and FSDM2016).
Dr Zhang is the recipient of a full scholarship from German Academic Exchange Service between 2002 and 2004, Chinese Governmental Scholarship and Senior Research Fellowship from China Scholarship Council in 2001 and 2012 respectively, and Fellowship for Experienced Researchers from Max Planck Institute for Dynamics of Complex Technical Systems in 2011. He was selected into Shanghai Municipal Pujiang Talents Program in 2007.

Abstract: Identifying the temporal (e.g., minute-to-minute) fluctuation of mental workload (MWL) levels is critical to enhance the overall performance of safety-critical human-machine (HM) systems in which human operators may experience cognitive overload, mental stress, mental fatigue or inattention. In this paper, due to the imbalanced nature of the measured electroencephalogram (EEG) data, we oversample the EEG data in the minority class to train a multilayer perceptron (MLP) model for MWL classification based on a dynamical SMOTE (DySMOTE) approach. The proposed approach consists of two strategies, viz. data oversampling and dynamical probabilistic selection of training data, in which the probability that each sample data is selected to update the MLP model parameters is estimated in each training epoch to learn an accurate classifier model. The DySMOTE approach was applied to the MWL-related experimental EEG data measured from eight participants. The comparative results show that the proposed approach outperforms existing methods under several performance metrics. 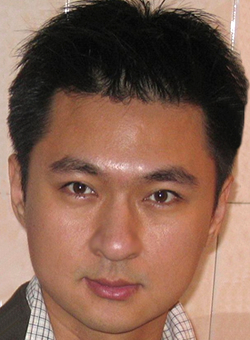 Biography: Professor Luheng Wang received the Ph.D. degree from the Department of Precision Instruments and Mechanology, Tsinghua University, Beijing, China. He is currently a professor with the School of Information Science and Engineering, Central South University, Changsha, China. His current research interest is to study the key mechanical/electrical properties and mechanisms for the novel flexible sensitive materials which possess multi-sensing-functions (e.g. pressure sensitive, temperature sensitive, magnetic sensitive, and gas sensitive, etc.), and to develop the multi-functional flexible sensor system based on the aforementioned sensitive materials. 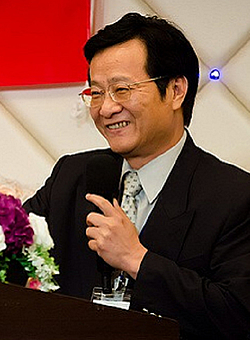 Biography: Professor Rey-Chue Hwang received his Ph.D. degree in Electrical Engineering from Southern Methodist University, Dallas, Texas, U.S.A. in year 1993. Then, he joined with the Department of Electrical Engineering, I-Shou University (ISU), Kaohsiung, Taiwan. Currently, he is a full professor.
Professor Hwang has published more than 250 papers in various technical journals and conferences in the areas of artificial intelligent system, signal processing and fuzzy control. Throughout his professional career, he had served as the Chairman of Electrical Engineering Department, ISU (08/1996~07/1999), the Director of General Education Center of ISU (08/2007~07/2014), the interim Dean of International College of ISU (08/2011~07/2012), the vice director of general affairs of Chinese Institute of Electrical Engineering, Kaohsiung Division (08/1999~07/2001), the councilor of Chinese Fuzzy Association (02/2004~07/2006), the patent referee of Intellectual Property Office, Taiwan (2005~2007), and the research project referee of National Science Council, Taiwan (2005~present). He is a Fellow of Institution of Engineering and Technology (IET, 2010) and a senior member of Institute of Electrical and Electronics Engineers (IEEE). In year 2004, Professor Hwang chartered IEEE Computational Intelligence Society (CIS) Chapter, Tainan Section and served as the co-chair and chair from year 2004 to year 2009. Furthermore, he has also served the reviewer and the program/technical committee for various international journals and conferences. Currently, he is also severing as the Evaluation Committee of the Higher Education Evaluation and Accreditation Council of Taiwan.

Topic: An Evolutional Method of Neural Network in System Identification

Abstract: In this talk, an evolutional method calculating the important degree of individual input variable of well-trained neural network (NN) is presented. The importance of each input of neural network then can be distinguished in accordance with the important degree obtained. In our research, several linear and nonlinear systems’ identification were firstly studied and simulated. From the simulation results shown, the evolutional method proposed is quite promising and accurate for the estimation of system’s parameters. In other worlds, the method proposed could be used for the data mining in the real applications. In order to verify our inference views, two real industrial data were studied either. They are the cases of real industrial application. Again, the studied results show that the method proposed indeed has the superiority and potential in the area of data mining.